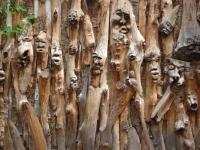 Folklore is a slippery term to define. In the past, terminology ranging from "bygones" to "popular antiquities" was used to describe traditional culture. When the term "folk-lore" was introduced in 1846 by the English scholar William J. Thoms, scholars of that time felt satisfied that it gave a proper name into their investigations of vernacular tales, customs, and beliefs that were in danger of vanishing.

Folklore emerged as a discipline in the United States in the late 19th century. Literary scholars interested in the oral and traditional sources of Chaucer and Shakespeare converged with anthropologists trying to understand the vernacular expressions of non-literate peoples; together, they founded the American Folklore Society in 1888. In continental Europe and Latin America, folklore has a slightly different genealogy; there it was more directly linked to the process of nation-building, and folklore was seen as evidence for distinctive origins and the basis for the construction of a high culture in the vernacular. 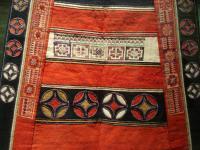 A third line in folklore studies comes directly from those people most often described as "folk:" dominated populations seeking a vocabulary of resistance. Folklore has been used as a tool of consciousness-raising and consensus-building in a wide range of social movements and anti-colonial struggles. Activists in these movements have also become scholars of their own traditions, and have often moved from their own institutions of documentation to more formal academic study.

Most folklorists today agree that the term "folklore" is imprecise and problematic for it implies that culture is static and that folklore is only produced by the uneducated or the poor. While the debate continues on what to call the work folklorists do, in general, folklore is understood to be a spectrum of human expressions and ways of living--the artistic ways of interacting with other people and generating creative forms in language, work, food, play, dance, song, gestures, beliefs, and so forth. Folklore may be seen as the products of human work and thought that have developed within a limited community and that are communicated directly from generation to generation, usually orally, with the author/creator unknown.

Folklorists take a holistic, ethnographic approach to the study of culture. They enter a village, a factory, a church, or a student subculture to be instructed in the forms of expression used by that community to shape its reality and conduct its affairs. Thus they may end up studying bell ringing, ethnic joking, deer hunting, or t-shirt dying, apparently trivial practices which, when examined in context, reveal themselves as significant performances: constructions of identity, presentations of self, strategies of control or resistance, manipulations of resources, exercises of virtuosity, spaces of reflection upon the nature of things. 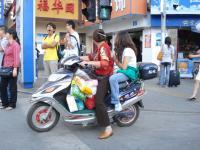 Overlapping significantly in both data and critical commitments with the emerging field of cultural studies, folklore tends to stick closer to the ground both methodologically and theoretically. For the folklorist, the perspective of the actor is the starting point of interpretation, and the cultural productions studied are of value and interest in their own right. Many folklorists, indeed, do not work in the academy, but in nonprofit organizations, museums, hospitals, schools, and government as interpreters between institutions and communities or as advocates and collaborators in community projects.