Since 2006, the OSU Folklore Student Association has sponsored The Dan Barnes Joke Award. This award is given to the person who submits the best response to a joke prompt.

2022's prompt was "An X, a Y and a Z...."  "A hippy, a priest and Henry Kissinger are on a plane..." "A rabbi, a minister and a Buddhist monk are at the heavenly gates..." We've all heard these jokes before, but submissions needed to be original, or a new version of an old favorite.

The winner was chosen by a popular vote among the attendees at the annual CFS picnic on April 24th.

Winner: Jordan Lovejoy, who wrote a succinct response to the prompt: "An ethnographer, a gossip and an eavesdropper walks into a bar. She is a folklorist."

Honorable mention went to Jasper Waugh-Quasebarth, for his classic take on the prompt: "A psychologist, an anthropologist, and a folklorist are waiting in a long line for the bathroom. The psychologist turns to the others and says, “Did you know that public restrooms cause significant anxiety in people? Up to 15 percent of people refuse to use them under any circumstances.” The anthropologist chimes in, “We anthropologists may consider bathrooms to be liminal spaces, in which people’s bodies are lain bare and their sociality is remade, resulting in social taboos that must be navigated.” The folklorist adds, “But it is also a space of creative expression! Textual analysis of latrinalia tells us so much about the human condition.” Suddenly, the person in front of the psychologist turns around and heads to the back of the line. “Looking to join the discussion of water closet culture?,” probes the anthropologist. “No,” says the person. “I really have to go, but it’s clear you three are even more full of crap than I am."

A professor, a doctor, and a lawyer walk into a picnic and they wonder which one of them has the biggest student debt!

A Siamese cat, an American shorthair, and a Maine coon slink into a bar...and Rachel [Hopkin, post-doc] found homes for them all! 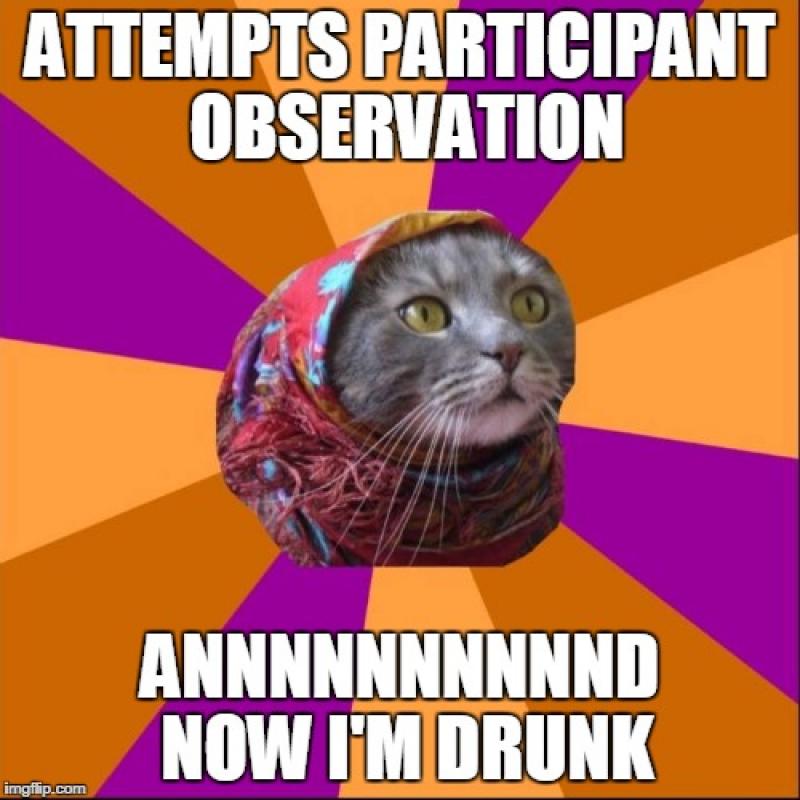 Runners up (in no particular order) 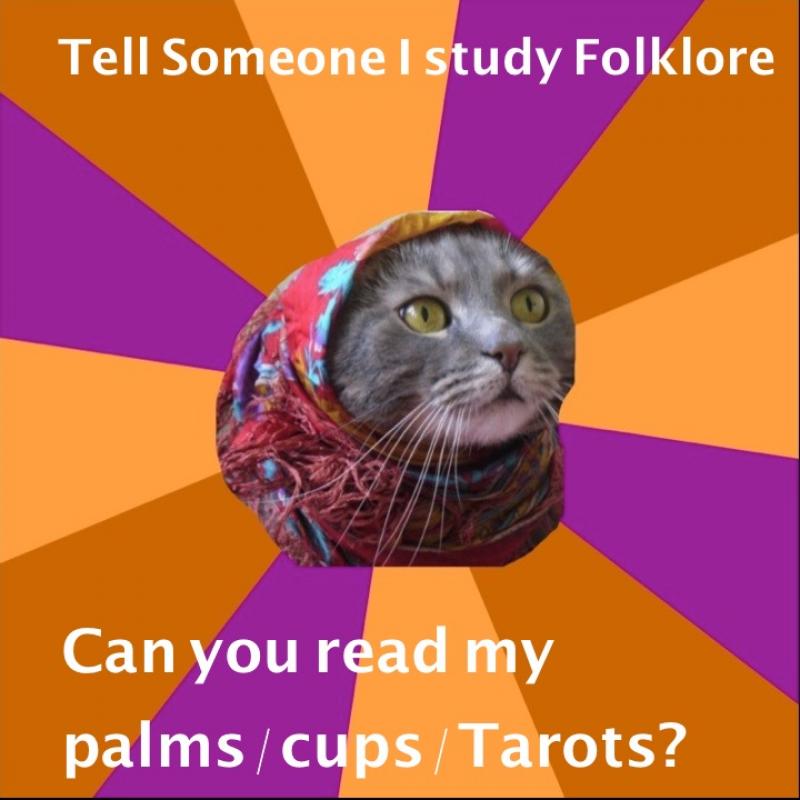 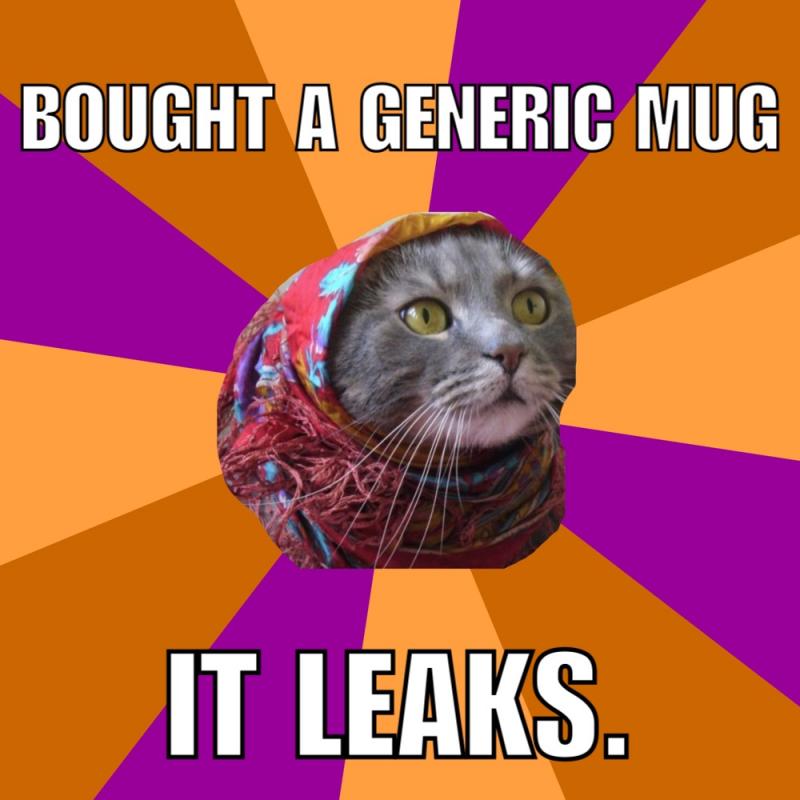 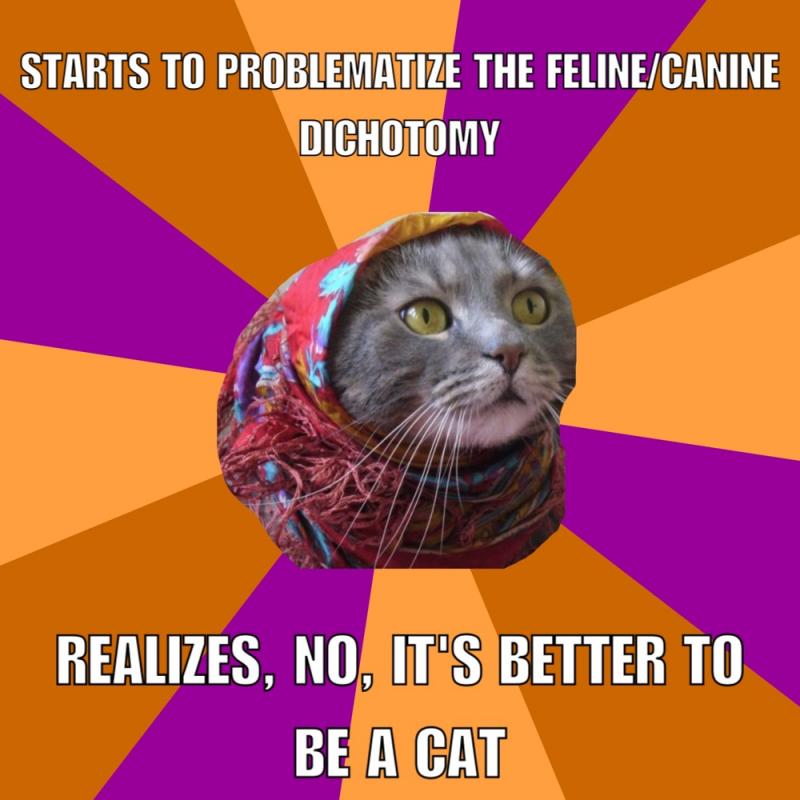 Winner: Cristina Benedetti, Jasmine Stork, and Marisa Wieneke. Q: "Why do fairy tales end in weddings?" A: "It's only Propp-er"

Runner up: Marisa Wieneke. Q: "What happened when the Vanishing Hitchhiker crossed the road?" A: "Vernacular Homicide"

Third place: Dr. Katherine Borland. "Three folklorists walk up to the bar, what do they order?" "A Kirshenblatt Gimlet, a shot of Stoeltje and a Toelken for the juke box."

Dr. Ray Cashman: "I hope no one is mythed that we were all late in submitting puns, but as time keeps Marchen on I'm sure someone will come up with something fable-lous."

Tim Thurston: "That Danish was so Swedish there was Norway I could Finnish historic-geographic method it."

Tessa Jacobs: "In the field of folklore what do you call the meeting of two great minds?" "A "Folkan mind-meld" [Volkan mind-meld]"

Dr. Amy Shuman: "An undergrad student is signed up for a botany class and a folklore class… so she buys two notebooks and labels them "f-lore" and "f-auna"

Cristina Benedetti and Jasmine Stork: "What is it called when a folklorist does something wrong?" "A myth-take"

Caroline Toy: "What do you investigate by doing research in a Barber Shop?" "Hair-itage"

This year's  prompt is inspired by the word game Balderdash. Our prompt is the word, Folkaire.  Joke submissions should be in the form of possible definitions or word play (rhymes, synonyms etc).

This year there were three winners:

Folkaire: n [fohk-air] A daily NPR folklorist interview program, in which the host asks lengthy questions and attempts to explain an interview subject's own work to them. Sample usage: "Today we will be speaking with Dorothy Noyes, whose most recent book, Fire in the Plaça, deals with post-Franco Catalonia. I will ask her to confirm my understanding of her groundbreaking research on festival, using simple yes or no answers. I'm Terry Gross, and this is Folkairrrrrrrre." Submitted by Alison Furlong

Folkaire:  fōkˈe(ə)r  Noun (Archaic.) The pure, fresh air that can only be obtained amongst the peasantry one is interviewing; theorized to be released by peasants similarly to the way regular air is released by trees: "The Grimm brothers are always going on about the wonders and purity of the folkaire they get out in the country when doing fieldwork." Submitted by Sara Cleto and Brittany Warman

Folkaire: The name of an airline on which only folklorists and their informants can be transported: "Dr. Cashman arranged for his "Introduction to Mumming" class to catch a flight to Ireland on Folkaire that very evening."​ Submitted by Sara Cleto and Brittany Warman

Please respond to the following hash tag prompts with a joke using a maximum of 200 characters or with a captioned image. You may also submit your own joke and hash tag combination.

The FSA is happy to announce the 2012 Amy Shuman Joke Award contest open! This year's contest is a caption contest. We challenge you to create a caption for one or all of the images below OR to submit a captioned image of your own. 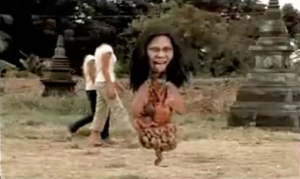 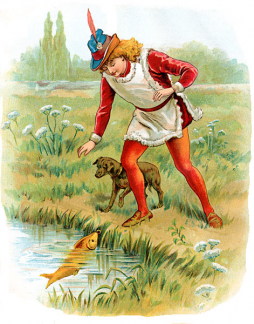 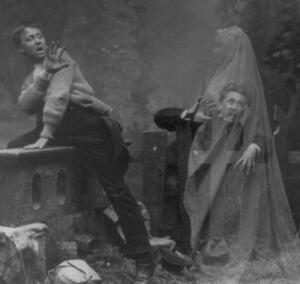 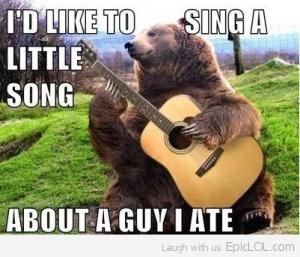