Although the method of gathering most information for this study (direct interviewing) was simple, one significant methodological innovation, related to the problem of defining Russian ethnicity, was introduced by the fieldworker. . . . [H]e allowed the interviewee to make this choice.  He collected from any person who considered himself to be Russian, and he did not collect from people who denied this identification even though, to an outside observer, they could meet various criteria for "Russian-ness." -- Nikolai Burlakoff, January, 1980, "Folklife Research Among Russian Ethnics in Cleveland, Ohio, 1977-1979."

This collection contains additional materials from the Cleveland Russian immigrant communities fieldwork project, as well as documentation on the travelling exhibit Cleveland’s Russians: Expressions of Ethnicity, created by the Traditional Arts Program of the Ohio Foundation on the Arts (now the Ohio Arts Council).  Tim Lloyd, current executive director of the American Folklore Society, led the Traditional Arts Program during the years of this collection. 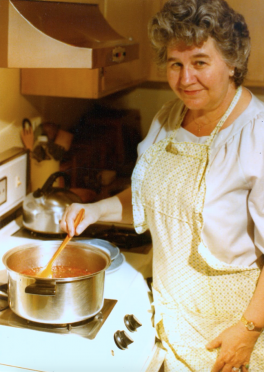 The first showing of the Cleveland's Russians exhibit was held at the Cleveland Public Library, and ran from February 1 to March 3, 1980.  The press release for the event states that this project represented “the first attempt to study the traditional culture of a Russian ethnic community in the United States.”  The first section of the exhibit explored the history and migration of Russians of various religious affiliations: Orthodox, Jewish, and Baptist.  The send section focuses on art, foodways, music, dance, craft, iconography, and other traditions of the Orthodox Russian group.

In addition to the materials on the exhibit, this collection contains a wealth of photographs, including documentation of gravestone designs, places of worship, egg decorating, and making borscht.