This collection contains recordings of a dozen fiddle contests (and one banjo contest) from the summer of 1977 in various eastern Ohio cities and towns.  Some recordings include both pre-contest announcements (stating the contest rules) and awards ceremonies after the contests.  The recordings contain hundreds of renditions of traditional fiddle tunes by musicians of various skill levels.  The detailed indexes that accompany this collection identify almost all of the tunes played.

This collection also contains two recorded interviews by fieldworker David Taylor with musicians Raymond Klass and Gene Dudley in Guernsey County.  The interviews contain discussions primarily about playing for dances -- not contests -- although an investigation of this collection might point to ways that these two types of performance complemented each other. And the recorded interviews themselves contain perfomances -- Klass and Dudley have their fiddles at hand, and Taylor joins on the guitar when they break into a song.

Also included are over 60 photographic negatives documenting contests, which are available to convert into digital photographs using our scanner.  Photographs are not currently matched with contests, but a researcher might discover those connections working with this collection. 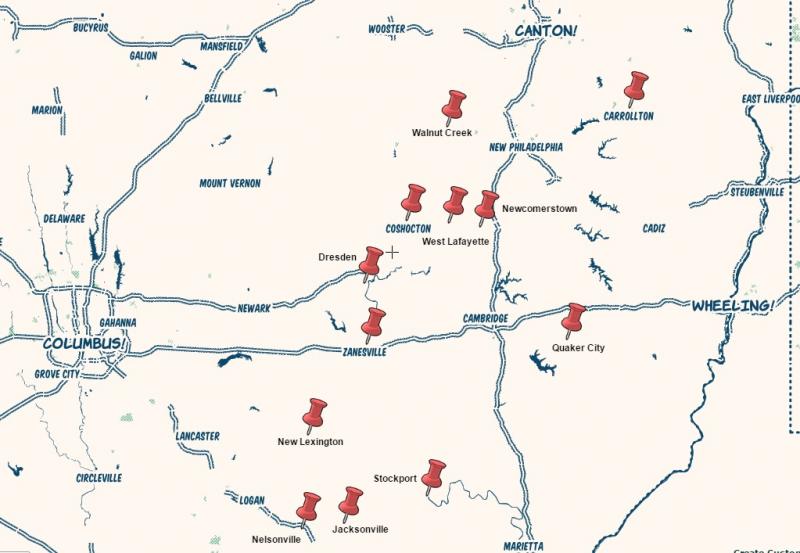 Map of fiddle and banjo contests recorded by David Taylor, fieldworker for this collection, in 1977.