The Cadogan home is green, and the address is written out in a fancy script over her porch: “Ten Twenty”. Inside the house is not only a home, but also an archive. On either side of the front door hang portraits of Irma and Jesse Hollingsworth, palm fronds from last year’s church service hanging behind them. Irma and Jesse are Ms. Maureen Cadogan’s great-grandparents. In the Cadogan basement sits a wealth of family photos and documents. In March of 2019, two students with the Ohio Field School, Emma Cobb and Jenny Morrison, spent five days working with Ms. Maureen Cadogan looking through family photos and documents found in totes and old suitcases in the basement, learning the history of Ms. Maureen’s family and their relationship to Portsmouth. 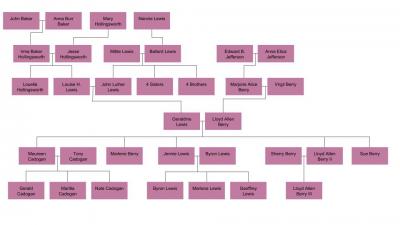 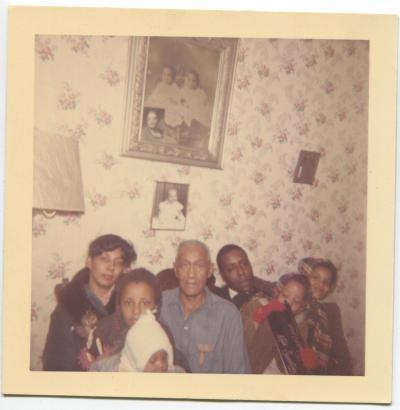 The Hollingsworths came to Portsmouth when Irma and Jesse moved in with Jennie Baker to her home that she bought at 709 3rd Street. Jennie Baker was a mixed-race woman, and because of her lighter complexion was able to purchase a house in that part of town. Home ownership is never just a simple question of property. Throughout the United States, Black families have been kept from owning homes in certain parts of cities. Ms. Maureen’s grandfather, John Luther Lewis, when he moved into 709 3rd Street, would get harassed sitting on his front porch because passers-by would assume that he was the servant to the white family living there. Maureen’s mother, Geraldine, attended the predominantly white elementary school in Portsmouth, and some of her childhood friends did not realize that she was Black until later in life. That house would be home to four generations of Hollingsworths and Lewises. It was sold after John Luther Lewis died, and was then torn down by the people who bought it. There is now a parking lot for an auto-parts store sits on the land where the house once stood.  Photos of course capture not only people, but the places that those people inhabited. Thus, many of the photos we archived were taken in and around 709 3rd Street, and an album of these photos can be seen here. 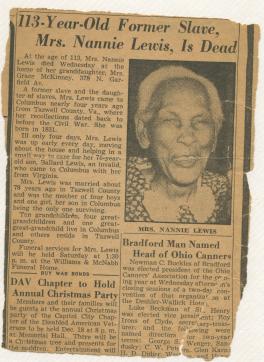 Ms. Maureen’s family has traced her maternal grandfather’s side of the family back to slavery, at which point tracing family history becomes incredibly difficult because white slave masters would either neglect or seek to destroy both family ties and family records. Ms. Nannie Lewis was Ms. Maureen’s great-great grandmother who was born into slavery, but survived through emancipation and lived to be 113. Stories about Ms. Nannie Lewis have continued to be passed down through the family. Stories that emphasize the strength and resilience of the family in the face of the virulent racism present in American society.

The attention to family is a place from which strength can be drawn. “We stand on the shoulders of greatness,” Ms. Maureen said multiple times as we talked about her family history. Throughout all of our discussions with Ms. Maureen and her two sons, family was a place of learning and strength. The elders of the family would pass down both information about the family and lessons to be learned. Maureen’s sons Nate and Gerald both talked about the role that their grandmother, Geraldine Lewis, played in their lives. Many of the lessons that are passed down in the family focus on the importance of service and giving, which is evident in all of the work that the Cadogan family does. Geraldine also nourished the family’s connection to Portsmouth, which is one of the things Nate remembers about his grandmother. 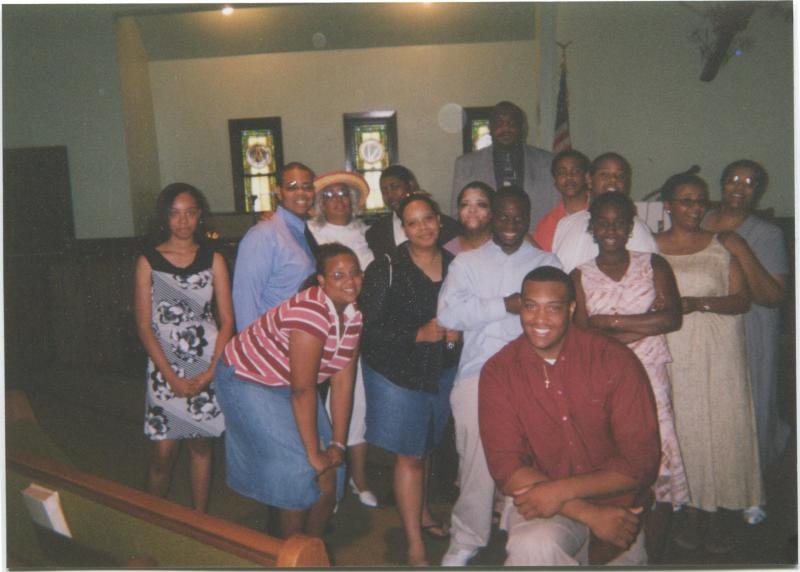 While our main focus was on the Cadogan family, it quickly became obvious that family and home also exist outside of the boundaries of kinship and property. Working in the 14th Street Community center, we got to be a part of a collective remembering in which Ms. Maureen showed her friends photos of her ancestors and friends sat together looking through old photos of people that they new--bringing up stories, both uplifting and sorrowful about generations of lives lead in Portsmouth. Friends made through school, church, and neighborhoods became other kinds of families as the church mothers passed down information and watched out for the children in the congregation. The church not only extended support networks, but served as a site of family congregation and learning.

Maureen Cadogan describes the above photo.

The photos here are only a slice of what we went through, but most of these photos can be viewed on the Flickr page we made for the project.

“Even if their voices are silent, their stories aren’t” -- Maureen Cadogan