The Tender Letters Project represents a continuation and extension of previous work done by the Ohio Field School with Barb Bradbury’s historical family collections. Last year, students from the Field School focused on the farm books of  Barb Bradbury and her grandmother, Lenora Hammond Lapp. However, the focus of the Tender Letters Project is primarily composed of Barb’s extensive collection of letters exchanged between her grandparents, Lenora Hammond Lapp and Jacob Lapp, before their marriage in 1915.

As we spent our time digitizing these letters we, the fieldworkers, noted the role that women played as family historians and as the keepers of family history. Barb’s mother, Zelma Lapp (née Riley), organized the ephemera and documents of her husband Robert’s (Bob’s) parents and family. Beginning with her own college diaries, Zelma kept track of, catalogued, and preserved slices of life from a diverse cast of characters in both the Lapp and Riley families. We were struck by the selfless nature of Zelma’s work; she spent time and effort ordering letters loosely by date, creating albums and scrapbooks, and captioning items of interest. Barb inherited all of these materials from her mother and has also organized the materials and spent time reading through the letters, noting and annotating items herself. She is now the quasi-historian of the family, taking an interest in the documents left by her relatives or ancestors. 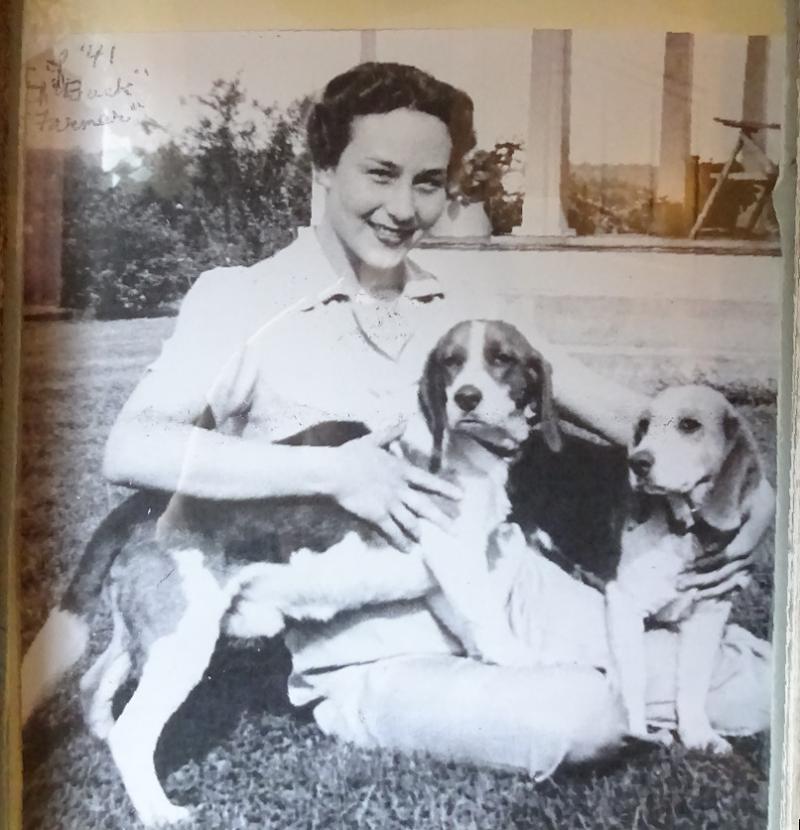 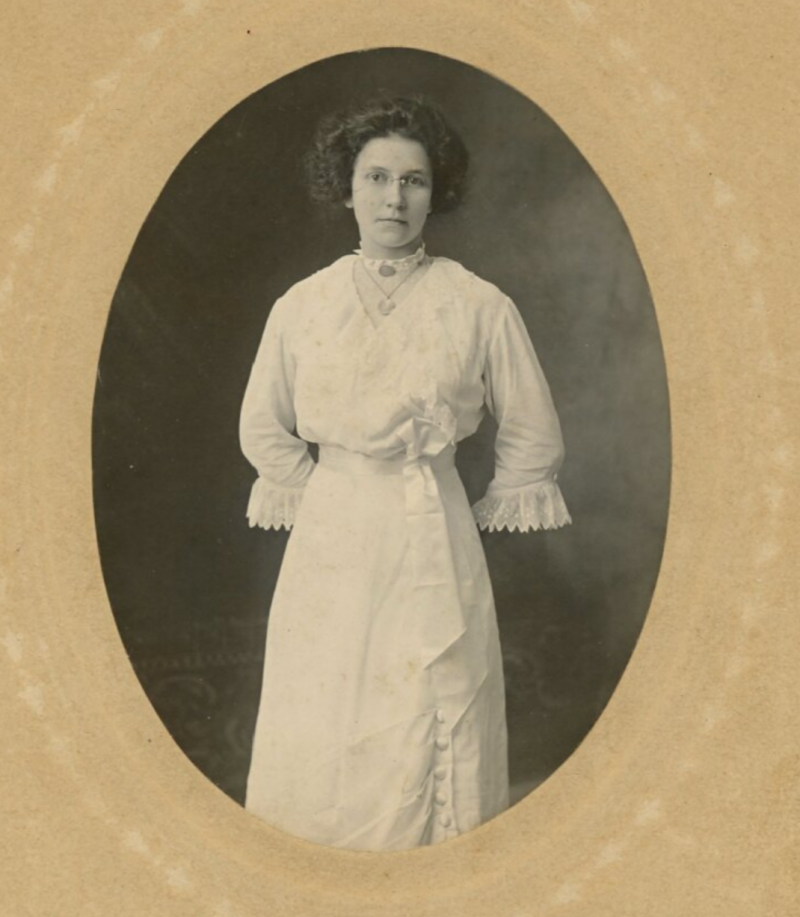 “I don’t really remember her [Lenora] talking about genealogy, or the family. It was really my mother. My mother [Zelma] kept everything. My mother created the albums, my mother initiated communications. It was my mom’s interest, which is why we have all the material we have.” - Barb Bradbury interviewed by Ashley Clark

The draw of such historical documents is evident when reading through the letters left behind by Jacob and Lenora. Their correspondence reveals an almost-timeless young love, while yet firmly rooted within the historical context of 1911-1915. Barb is fascinated with the letters her mother organized because of the ‘slice of life’ that they showcased. During our time together, Barb consistently compared the letters to phone calls and was interested in the speedy correspondences between Lenora and Jacob, noting that some of the letters are dated only days apart from each other. Over the past one-hundred year, communication have seemingly changed completely, but these historical documents speak to continuous themes. Barb mentioned this evolution of communications as moving from letter-writing, to phone calls, e-mail, and now text messaging. We are talking about the same things, missing our loved ones, and detailing our daily routines, even if our methods of communication have transformed greatly since the days of Lenora and Jacob’s courtship.

At the same time, Lenora and Jacob’s correspondence still illuminates the alien nature of the past. The “slices of life” expressed in the letters exchanged between Lenora and Jacob highlight several commonplace aspects of life 100 years ago, specifically technologies that have fallen into disuse. Mentions of horse and buggies, gas lamps, the expense of paper, the formality of their relationship, and the eloquent handwriting all create a detailed image of Chillicothe and Dove, Ohio, where Lenora and Jacob were respectively writing from. There is historical virtue, and pleasure, in exploring the everyday texture of life in 1911-1915:

The institutions that governed life are equally present in Lenora and Jacob’s correspondence. For example, most of the couple’s interactions occurred while at church and there was definitive element of secrecy in their courtship. Many letters we digitized and archived mentioned the secret nature of their anniversary date, a locked box in which Jacob kept his letters from Lenora, and also references to destroying letters. A possible reason of this secrecy was that Lenora was, at an earlier period of time, Jacob’s school teacher. She is not too much older than he, but the school/work setting could have been the reason for their flirtatiously secretive courtship. Their courtship lasted a little longer than usual, given the time period of 1913-1915. They seemed to be writing letters and in conversation for more than two years.

“18 months tomorrow since I started to win your love.” - Letter from Jacob to Lenora

Keeping with the theme of courtship and marriage, we interviewed Barb and her husband Kevin to get an idea of what their young adult lives were like and their relationship leading up to their marriage. They, too, exchanged letters when Barb was living in Columbus. Yet Barb was very surprised as to how quick the transmission of letters was between Lenora and Jacob; such quick postal service was barely the case in the 1970’s. As a couple married for forty years, we asked Barb and Kevin to reflect on the nature of letter writing, courtship, and memory in an interview:

Question: What do you think the value is in looking at old letters like these are?

“A lot of the value in [the letters] is that they are a truer history than what is portrayed in our history books. I think history as written tends to be this narrative of so called great men and great events instead of a history of how people lived, what life was really like… I always liked the little bits of humanity. It’s all human, very human… they traveled, they visited, they dealt with illness.” - Kevin Bradbury interviewed by Emily Hardick

In Otway, Ohio, Barb and Kevin are spending their retired life running a 70-acre organic farm and selling fruits, veggies, jams, granola, and bread (among many other products) around Portsmouth, Ohio. Rifling through letters with Barb, what she calls the “connection” between their life and that of Lenora and Jacob on their farm in Ross County, Ohio, are not unobvious. At the same time, the letters point us to how much has changed, and will continue to change, over a mere century in southern Ohio. The correspondence between Lenora and Jacob remain a touchstone of family history, a point of access to the past, and a testament of Zelma Lapp’s labor as family genealoger.

For those interested in diving deeper, the letters, postcards, images, and other ephemera are located in several archives including the Folklore Archives. A smaller collection of these documents can be found on a Flickr page that we have created for public access. We encourage any and all to look through the documents we have digitized so that they may experience, to quote Kevin, “a history of how people lived.”