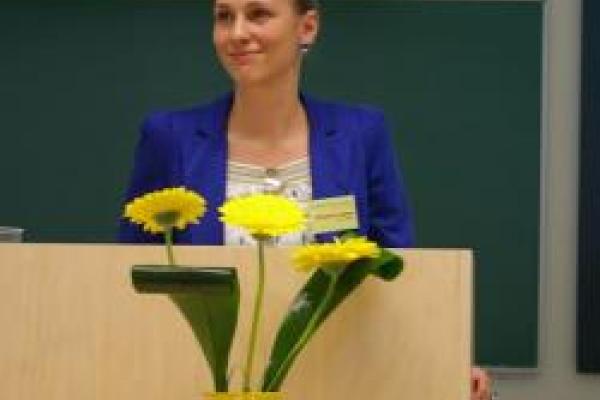 Join us for an informal discussion with visiting scholar, Anastasiya Astapova (University of Tartu) as she discusses her current research.

The Contested Biographies of Political Leaders: The Case of Alexander Lukashenko in Belarus.

A recurrent and seemingly universal phenomenon of political leadership is the doubling of biographies. There is an official biography, both personal and professional, often presented through state-sponsored media. But alternative beliefs and narratives also circulate. A famous example is that of former Russian president Boris Yeltsin, who was rumored to have died in the middle of his presidency and been replaced by a look-alike for the TV cameras; the US has also seen extensive public argument over the birthplace of Barack Obama. Some biographies of contemporary leaders have counter-beliefs for almost every element in them, starting from the birth of the leader. Based on recent ethnographic fieldwork, this talk focuses on the official and vernacular biographies of the current president of Belarus, Alexander Lukashenko. I ask how the biographies differ, how and by whom each version is constructed, and what consequences result.