The Center for Folklore Studies is delighted to announce the debut of its series of broadcast radio features about Ohio’s rich and varied traditional culture.  The series has been made possible through a collaboration with WOSU Public Media.

FolkOhio on the Radio is a product of a new collaboration between the Center for Folklore Studies and WOSU Public Media’s 89.7 NPR News.  The Center is producing a series of short radio features, which each focus on a different aspect of traditional culture within the Buckeye State.

The first in the series takes the listener inside Carousel Works. Based in Mansfield, Ohio, Carousel Works is the world’s largest maker of wooden carousels.  Each merry-go-round produced under its roof is a bespoke creation, specially designed to reflect the specific wants and whims of the customer.  But who are the craftsmen and craftswomen, and what does their work actually involve? What are the strangest designs they have worked on?  And the ones they have most treasured?  addition, what kind of person or organisation commissions a carousel and why? Listen here.

The second feature introduces us to Jonas Laughlin, a Columbus baker whose craft is shaped by opera.  Jonas was a professional opera singer when a passing cold left his right vocal cord permanently damaged, forcing him to rethink his chosen career path.  As he strove to envisage a life outside of the musical world, pastry-making became both a therapy and a substitute for the art of bel canto.  Over time, it evolved into a passion in its own right. Listen here. 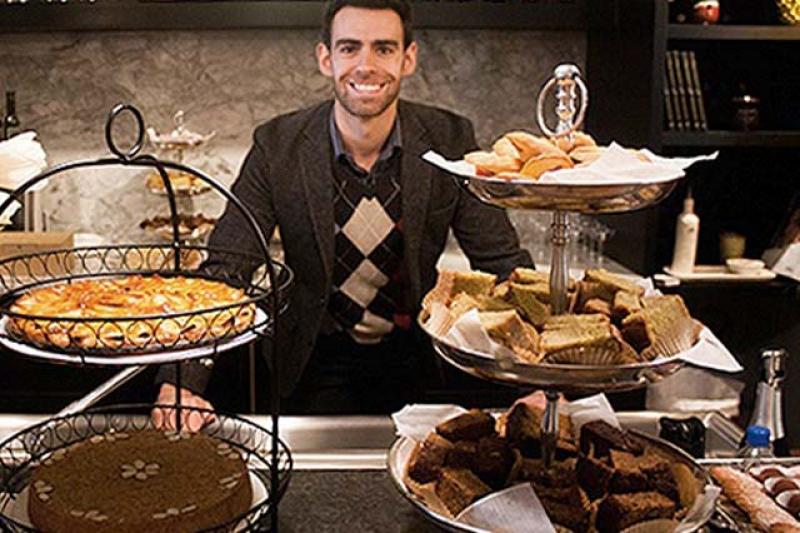 The FolkOhio on the Radio series is produced by the CFS’s current Graduate Archivist, Rachel Hopkin.  Rachel has more than ten years experience as a radio producer; she started out as a staff producer at the BBC in the UK, and more recently has worked on an independent basis for networks around the world.