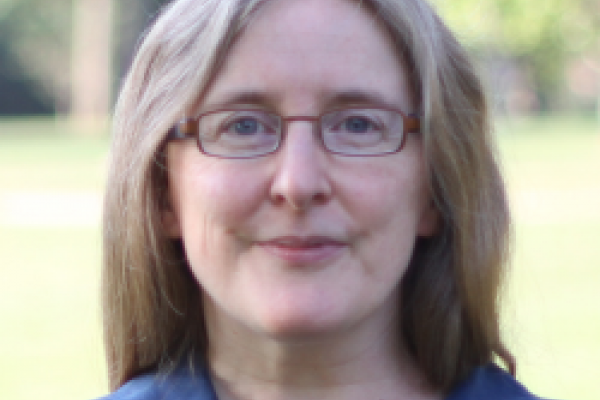 Congratulations to Dr. Dorothy Noyes, who was awarded the 2021 University Distinguished Scholar Award!

Dr. Noyes is one of the world’s leading folklorists whose ethnographic and historical research addresses the traditional public sphere across Romance-speaking Europe. She has authored four books — one of which, Fire in the Plaça: Catalan Festival Politics After Franco, won the 2005 Book Prize of the Fellows of the American Folklore Society. Noyes writes and publishes in English, French, Catalan and Spanish, and her scholarship has been translated into Japanese, Chinese, German, Croatian and Turkish. While she teaches English, comparative studies and international studies and advises graduate students in many departments, her work in the Center for Folklore Studies has solidified its reputation as one of the preeminent graduate folklore programs in the U.S.

Dr. Noyes has received fellowships and awards for her research and grants for organizing conferences and working groups from the Teagle Foundation; the BMW Group; the Camargo Foundation; the Georg-August Universität, Göttingen; the Program for Cultural Cooperation, Ministry of Culture and Education, Spain; the Societatea Academicá de Cercetare a Religillor si Ideologillor; and the Cambridge University Center of Research in the Arts, Humanities, and Social Sciences. She is a fellow and a recent president of the American Folklore Association.

Dr. Noyes has, since early in her career, been a major force in refiguring the conceptual landscape of the field of folklore.  She has systematically interrogated our key concepts: Group, Tradition, Performance, and Community,  describing their genealogies and updating our understanding of them in a changing intellectual, cultural and political/policy environment.  Her longstanding stature as a synthesizer and transformative thinker is attested by the way that these essays have been reprinted and anthologized multiple times, appearing in our premier journals and subsequently in edited volumes, the most recent of which was a reprinting of Dr. Noyes six most important essays, in her volume Humble Theory: Folklore’s Grasp on Social in addition to nine more originals (Indiana University Press 2016).  Significantly, this body of scholarship has become required reading for folklore graduate students across North America and Europe, affecting the way a new generation of scholars understand their objects of analysis. In addition, Dr. Noyes has waded into interdisciplinary discussions with her examination of resilience as a keyword that spans environmental and humanistic discourses. She has co-authored a volume on Interdisciplinary collaboration that provides a meta-discussion of the promises and perils of interdisciplinary work in the European academic context but that has much to offer North American scholars working in an equally and increasingly neoliberal environment.

“She is my generation’s intellectual leader in the field of folklore studies, and she is the scholar to whom folklorists point when asked by colleagues in other fields to identify the folklore studies scholar whom they should be reading,” said one of Noyes’ colleagues.

Said another colleague, “Noyes is rare not simply in the care and polish she brings to her writing, but also in her disciplinary breadth and her commitment to both scholarly sophistication and questions of social justice, addressed not in a partisan fashion but rather grounded in her understanding of the workings of cultural expressions in increasingly global and economically determined contexts.”

Distinguished Scholar Award recipients receive a $20,000 research grant and a $3,000 honorarium to pursue their scholarly activity.