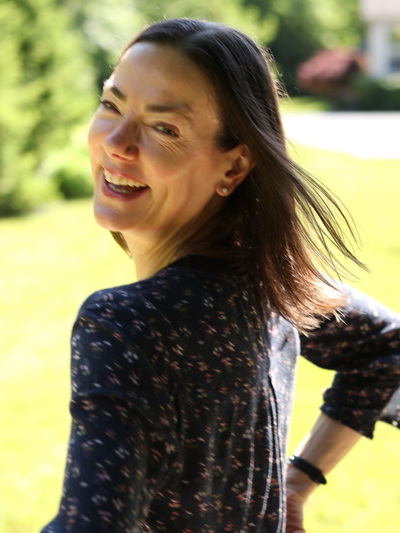 Rachel Hopkin is a British-born and US-based radio producer and folklorist who graduated with a PhD in English and Folklore from OSU in December 2019. Her dissertation was titled: “Argentine Tango in Cincinnati: An Ethnographic Study of Ethos, Affect, Gender, and Ageing in a Midwestern Dance Community.”

Rachel began her career as a radio producer in various music departments at the BBC in the UK. She then moved to Argentina and has continued to work on an independent basis for broadcasters around the world. In 2010 she settled in the US and earned an MA in Folk Studies at Western Kentucky University two years later. In 2013, she was awarded a rare “National Interest Waiver” Green Card in recognition of her work as a folklorist/radio producer with a special focus on US traditional culture. In January of 2019, she became a naturalized US citizen.

Rachel’s recent professional accomplishments include producing and hosting the Center for Folklore Studies’ Covid Conversations: Life in a Time of Corona podcast. Many of her other radio pieces, including documentaries about music and folklore which she produced for the BBC, the Australian Broadcasting Company, and other broadcasters around the world, can be accessed on the Audio Gallery page of her website: www.rachelhopkin.com.

Villainy, Mental Health, Folklore and the Mediatic Literature: Andreas Lubitz and the Germanwings Crash. 2019. The Journal of Literary and Cultural Disability Studies 13(2): 141–157.

The Way of the Croissant: Traditional Perspectives on a Traditional Pastry. 2017. Digest: A Journal of Foodways and Culture 5 (2).